In this corner: support for the extension of waking life theory of dreams. In the other corner? Oh, frak, I'm not sure there is another corner in terms of this post. Just work with me, for Pete's sake. Do you know how hard it is to follow up a post called Vaginas, Vaccines, and Vitriol? Not easy, let me tell you! And Jillsmo has penis in her post today, gotta keep up the competition, don't you know? 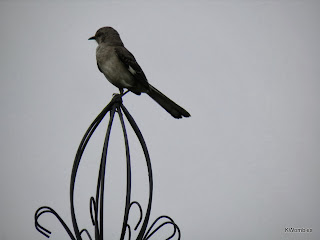 First things first, I'm pleased to announce that Anne Dachel has discovered me over at Science 2.0 and felt I merited an abbreviated post where she announced I was no Kim Stagliano. She was even gracious and posted my comment there. If she asks, she'll be added to the directory, where we welcome diverse view points.

Anyway, all this canary party stuff has gotten interwoven in the cobwebs of my brain so that this annoying little canary tweeted through my dreams in which our cat Ibit, who we had to put to sleep last week, kept showing up. I'd pet Ibit in the dream, amazed that I could feel him and asking him why he was back when he was dead, all while at the other foot the little canary tweeted away. Seriously, I'm not making this up.  This is just how my mind works. And then the dream ended with a tidal wave of water coming from the west, and Alison Singer looking at me and saying "This can't be good." Weird, huh? Tidal waves are new for me. Dead cats or dead loved ones visiting aren't, but I have to confess that the canary, Alison, and the tidal waves were all new elements. 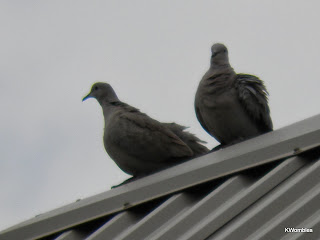 And I think the cute but annoying little bird tweeted away because I have real questions as to what they hope to accomplish and why they think it will work. Notice that they don't talk about what they're going to do. Are they going to run candidates? What will the candidates run on? Do they think they're going to have bigger numbers than the tea party, for example?

Here's the thing: these folks think that the government and big pharma colluded together to poison children intentionally and then intentionally covered it up, but they're willing to sign on and provide their name, address, phone number, and email address to people who haven't provided  how this information will be used. Why would they be comfortable with providing all this data; how do they know that big pharma and the government won't hack in and get this data? I mean, really? This is their worldview we're talking about. Have you read whale.to?

So I think that's why the canary was present in my dreams, trying to figure out what they think they will accomplish and how they're going to get from a badly chosen yellow website, facebook page and twitter account to actual legislative change. And what change are they going for specifically? There's no real direction to the page or the platform. 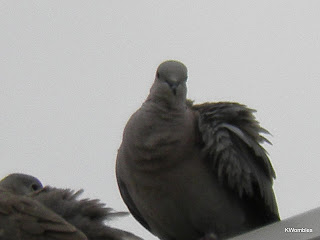 I know, I know, they'll see this as an attack, but really, shouldn't they give these questions some thought? Are they going to raise donations and give to political candidates from the two major parties who agree with their agenda? They've got some fleshing out to do is what I'm saying.

They've updated their site, by the way, so that we now know who their leaders are: Mark Blaxill, Jennifer Larson, and Ginger Taylor. Kudos for adding that information; it makes it easier for everyone to assess the claims of the party against the known positions of the founders. However, it also makes it easier to peg the group as an anti-vaccine group, and I wonder if they'll really see people with other illnesses jump on if that's known. Oh, they'll probably get the Morgellon's folks, but who else, really? And what will they do if their numbers don't get much past AoA/GenRes's numbers? Let's say they draw in 10,000 folks. What kind of change will they get with that?

Alright, let's say they get smart and they peddle this party to Mercola and Mike Adams, who have way more numbers than AoA will ever have. Now, maybe they'll get, let's say conservatively Mercola's facebook page's fans: 166,000. Again, what will they do with those numbers? Make some noise, maybe, but really, out of 300 million people? I'm not sure what it is they hope to achieve realistically or if they've even considered it realistically. The comments from the canary fan over at Science 2.0 don't lend me to thinking that realistically is on their minds.

Gave this puppy  bird a lot of thought, didn't I?

It beats dwelling over why Ibit keeps appearing in my dreams, at least. 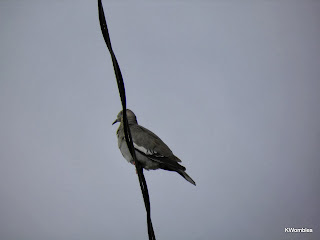 Anyway, there you have it. My weird-ass dreams, my questions regarding what the canaries hope to accomplish, and my latest bird photos.

Now, I'm going to play in the dirt. Y'all have a good Friday.
Crafted for your viewing consumption by Kim Wombles

No you most certainly aren't Kim Stagliano..and thank goodness for that...weird dream..nice though that you saw Ibit. As for the rest-if you hadn't mentioned them..I really wouldn't know who the canary party was..now that I do know..well it doesn't really change anything does it? Same group different name..

The canary, as an animal sentinel, was a mixed blessing. It conferred a small amount of added safety, but was also unreliable. Mines were (and are) dark and noisy. If the bird did actually expire rather than being hardy and living on despite the presence of dangerous levels of gas, it was unlikely to be seen or heard--or not heard, its silence being the danger sign. The birds died for many other reasons besides. The bigger problem was the false sense of security. The effectiveness of this iffy warning system was overplayed by mining companies and even the miners themselves, convincing more people to work in ever more dangerous conditions--conditions not made proportionally safer by the use of the bird. The Davey Lamp from 1815 or so was an improvement, as it gave a visual signal of certain dangers, replaced the open flames that would ignite methane, and could be used to immediately test for pockets of gas by moving the lamp into the suspected area. Different types of flames indicated either methane or carbon dioxide. But, it too was more unreliable than its promoters (and some of its user-champions) suggested, leading miners into even further dangers due to overconfidence in the lamp as an insurance policy.

In the end, the actual presence of methane and carbon dioxide was to be detected by devices developed by scientists and engineers who could guarantee specified levels of sensitivity and reliability. At least those dangers were actually mitigated. If these people want to use a metaphor, why use one that implies, in addition to its intended message, a message about the danger inherent in using unreliable information to either lull others into a false sense of knowledge security, or instill panic when there is no real danger.

@Jim, Maybe they'll read your comment and it will help them attain some clarity? :)