Itchy Feet and Cold Bones: Nothing Whiskey and an Electric Blanket Won't Fix 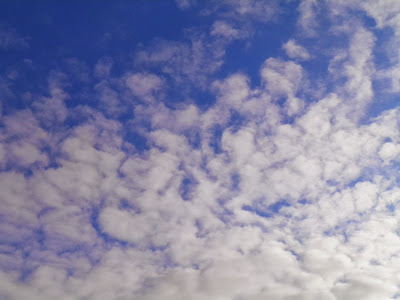 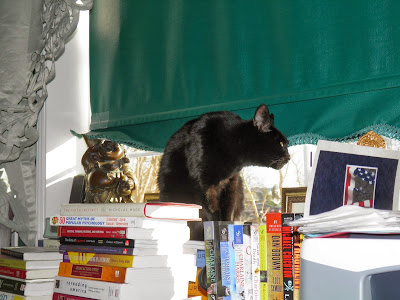 Mabel checking it out. 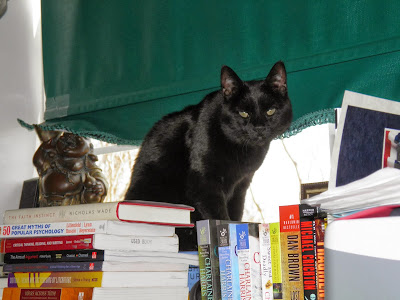 Um, no, no, you shouldn't go to Wal-mart on the Saturday before Christmas! 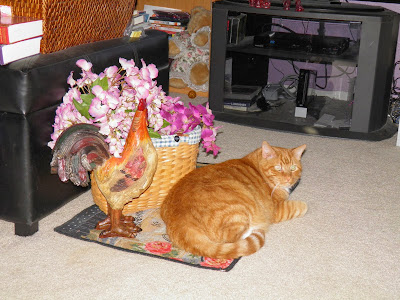 I'm not going anywhere.
Ah well, the cats are smarter than me. I'm cold down to my bones (and it's not that cold outside here, a sweet 50 degrees with a beautiful blue sky).Wal-mart was busy. The kids were loud. Sigh. And we didn't get everything, so Rick and the boy are back in to get the right game controllers for the games they bought for the Wii, the family's just bought and given Christmas present. I figured in between the geekfesting of the next two weeks with ALL three kids home, the Wii would come in handy, especially since we shut off our satellite coverage since Netflix is awesomeness and can be watched over the Wii. First thing we watched off of Netflix last night after setting the Wii up? Fawlty Towers. :-)

After this morning and early afternoon, though, I'm thinking that the Wii in the same room I'm in was not good planning on my part.  Did I mention I'm cold down to the bone? That's not helping with mood, either. The girls have wandered into the family room and are watching Sponge Bob on dvd, so at least semi-quiet is restored. I mean, I can hear them, but at least they're no longer climbing all over me. That and Sponge Bob completely mesmerizes them like nothing I've seen before. So I have a moment to think and what I'm thinking is that the electric blanket on my bed is calling my name, and the J.D. Robb I'm reading is nearly finished. :)

Happy one week till Christmas, people!
Crafted for your viewing consumption by Kim Wombles

A good dose of Roarke can make any day brighter :)

Need a couple of hours at the mall next week but otherwise we're finished. Thinking of getting a Wii with the tax refund this year. It's time.

Seeing your black cat makes me miss ours. He had to be put down a couple of years ago.

We love the Wii and especially love Netflix! Enjoy the geekfest. :)

Oh, and I've given you a blog award (no obligation to pass on unless you want to).

Wii is a good thing! Have you done that 'fitness' test that tells you your fitness age?

Loved seeing your cats. Hope you are warm by now. Barbara

N3S is mesmerised by Sponge Bob too but we go through phases of having to ask him to stop watching it 'cos it isn't always good for him. Right now he's back to watching really young kiddy shows so we're comfortable with that. We got him Kinectimals for Christmas, he's going to love playing that! Me too :)

I too believe in the healing power of Jameson and Electric Blankets on high.
xx

FW2, absolutely! I finished the book yesterday. I love how effortless it is to slip into Eve and Roarke's world and how they grow with each book. :-)

Ah, the Wii is wicked cool You can surf the internet on it! I wouldn't want to write a blog post on it, but it adds another tool, for sure!

Sorry about your black cat.((())) You never really stop missing the animal friends who've moved on, do you?

And thank you for the blog award!

ah, no! I don't think I want to know that! It's time to do something about my fitness level and weight, though. I wish I were one of those who dealt with stress by not eating and exercising instead of, well, eating!

After I finished the post, I went and curled up under the electric blanket and finished the JD Robb and got warm!

Oh, I understand that; the girls would watch for hours, so we have a strict limit on it. I'm glad the shows that do that to them are few; most television they half-watch while wiggling and laughing and tumbling over each other, but Sponge Bob stops them cold.

Oh no Wii needs to be in a different room totally..it is a wonderful fun thing that everyone can do..Walmart the Saturday before Christmas is just a horror...I would go wearing the electric blanket and drinking whiskey..it would at least make it more interesting..:)

I love that mental image; I could end up on the People of Walmart site that way!