Differences in How People See the World Are Endlessly Fascinating 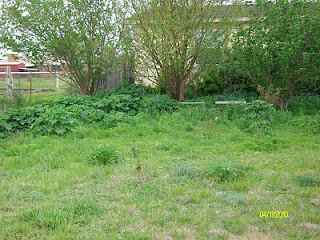 Part of the front garden, a work in progress.
For years now, I've been working on transitioning my front yard (as most people in the US would call it) to a garden. Most months of the year, I'll be honest, it doesn't look quite like the West Texas version of an English cottage garden I was going for. While I won't go so far as to say it drives my father (and maybe even my mother) a bit crazy to see the shagginess in what surely looks like unmowed prairie to the strangers driving by,  I know it can be frustrating. It isn't neat and ordered, and when it's not in bloom, it doesn't look any better than the untended yards of the neighbors. 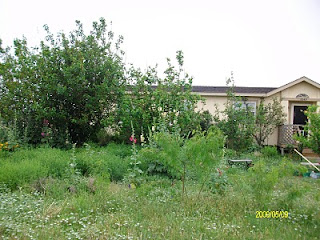 Front garden, last May
I see it, though, and see the plants, most of which I know by name, know when they will bloom, and I see the beauty that will be. I walk through the mess, look down at the earth and see the thousands of seedlings that simply need the chance to beat the wild grasses. I see, fully formed, in vivid technocolor, my garden in all its growing stages and I say to those that ask, I have a plan. It's just taking some time. 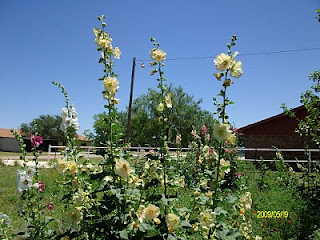 Even a week can make a tremendous difference.
My gardens over my many years of parenting  have stood in quite well as metaphors for raising children with issues. Where it felt progress was slow in coming with my bright boy, and my soul was leaking pain and I wanted to weep with the heartbreak of it all, my gardens; from Germany, to North Carolina, to New York, and now here, my permanent, going-on-8-years garden; have been a balm to me. Hands in the dirt, carefully tending my plants, watching the changes as the seasons unfolded, served to reassure me that change is constant and unavoidable.
The truth of parenting children (period) is that there are times of what feels like devastation, where the landscape holds no charm, in spite of your commitment to it. The guilt at feeling out of control, lost, and adrift threaten to consume you. You cannot help but wonder, in the darkest hours, how you will ever get through this moment of devastation. 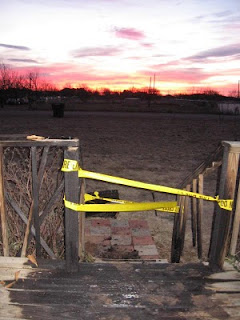 March 2007
When we are committed to weathering the rough times, to taking action, to moving onward, upward, and forward, devastation is a temporary state that we pass through, onto better things, things we often find improved over the original. 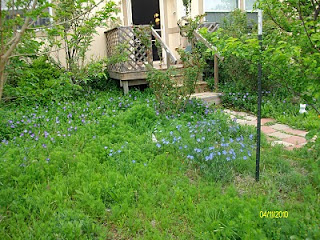 Fast forward, to April 2010
Much like my front garden evokes different reactions from different people (especially depending on its current state), people wander by, take a glimpse of my life from the outside, from a few words that cannot help but fail to convey the rich wonder that my life is, the delight and joy I have for my children. Of course, strangers, snippy and self-consumed, may take a peek and let their confirmation biases and the chance to take out their mean run rampant, but by and large, I think most people are content to do a drive by, and I like to imagine, as  I do when people literally drive by my front garden (especially when I am out there working in it), think, "Ah, look, see, she has a plan, after all. It's a work in progress."
Not everyone will see that the beauty of the potential becoming can be even more poignant than the beauty of having become. Even then, many will miss the reality that we are all always in the midst of becoming, never quite reaching, never quite obtaining, that final state. 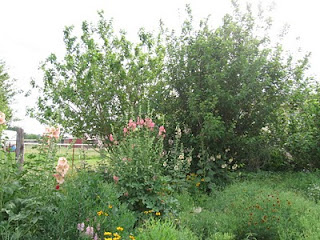